Value-added activity: Depending on arrival time additional sightseeing could be done, especially on the western edge of the Reykjanes Peninsula.

Today, we head along the south coast and reach the area near the active volcano that is beneath the Eyjafjallajökull glacier. We stop at the high but narrow Seljalandsfoss waterfall, which plunges from the mountain. Next, we visit Skógar folk museums, which contains an outstanding collection of farm and domestic artefacts from Iceland’s past and several turf-built houses. Nearby is one of the most impressive waterfalls in the country; the 60-meter high Skógafoss waterfall. Then the tour continues further south where you can stroll on the black lava beach to see the amazing bird cliffs at Reynisfjara near Vík. If you travel at the beginning of April, you might have the chance to see the mystical northern lights.

Included choice of activities: 2-hour round-trip walk to the epic plane wreck on the black beach or glacier hike on Solheimajokull glacier or snowmobile tour on Myrdalsjokull glacier.

Today, we visit three of Iceland’s most famous spots: Þingvellir National Park, Geyser hot springs, and Gullfoss waterfall. We start the day at the ancient Viking Parliament area of Þingvellir National Park, a UNESCO world heritage site. The Þingvellir plain is situated on a tectonic-plate boundary where North America and Europe are slowly tearing away from each other. As a result, the plain is scarred by dramatic fissures, ponds, and rivers, including the great rift Almannagjá. Next stop is at the Geysir geothermal fields with a variety of hot springs and bubbling pools where you see the steam pumping from the ground as if beneath it there were lots of little smoking devils. The original geyser is now dormant and has been replaced by Strokkur, “the Churn”, which erupts at 5-10 minute intervals. Gullfoss, “the golden falls”, is a double waterfall that tumbles 34 meters into the Hvítá river originating from the glacier Langjökull. After the three “must-see” sights on the Golden Circle, we add a little extra. There is a small waterfall called Faxi, “the Main”. Nearby, we show you a traditional sheep pen, where Icelandic farmers sort the sheep in September after the sheep had been rounded up in the mountains. We continue to Skálholt, which is one of Iceland’s most historic and holy places. It was the centre of ecclesiastic power in Iceland for more than 700 years. The first bishopric was founded here in 1056, with the first bishop, Ísleifur, taking the seat. From then on, it became the centre of learning, culture and worldly power in Iceland. The church in Skálholt has the most beautiful altarpiece made with mosaic and colourfully stained windows, both designed by a famous Icelandic female artist. You might like to visit the local geothermal swimming pool with hot tubs to top off your sightseeing day the Icelandic way.

Included choice of activities: Hiking or a visit to a horse farm and geothermal greenhouse.

We travel to the charming fishing village of Eyrarbakki with a large number of preserved houses from the period 1890-1920, and therefore a visit is like a journey 100 years back in time. We continue through lava fields and coastal landscape to Strandarkirkja, a Lutheran parish church on the southern coast of Iceland. This small, beautiful wooden church, has been a beacon for those travelling at sea and is often referred to as the “miracle church” with the locals’ longstanding belief that it has profound, divine powers. Next, we explore the Reykjanes Peninsula with its hot springs, mountains, bird cliffs, lunar landscapes and fishing villages. Krýsuvík is an area with solfataras, fumaroles, mud pots and hot springs. The soil is coloured bright yellow, red and green. In the afternoon we warm up in the geothermal mineral-rich waters of the famous Blue Lagoon. Once we reach Reykjavík, we show the highlights of Iceland’s capital and visit the Pearl, enjoy the panoramic view from the observation deck and walk through a man-made ice cave in the middle of the city. Overnight and breakfast at a 4-star hotel in Reykjavik (Grand Hotel, Hilton, Fosshotel Reykjavik or similar).

Included choice of activities: Whale watching from Reykjavik or hiking on the Reyjanes Peninsula or horseback riding or a gourmet dinner in Reykjavik 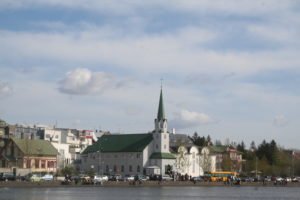 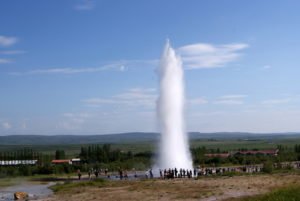 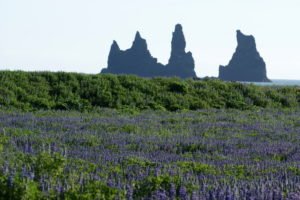 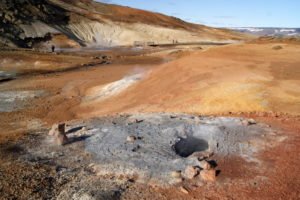 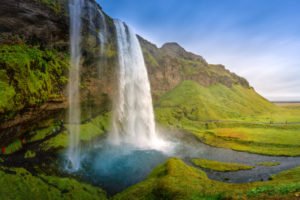 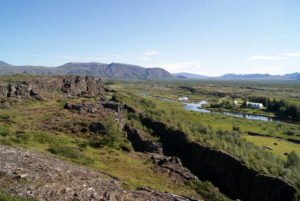